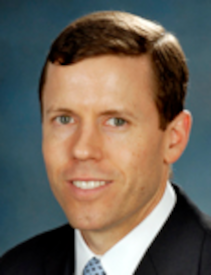 Jonathan Pearl is a Partner and Medical Advisor to the Maryland Development Center. He is also co-founder of the MDC portfolio company Surgical Vision Systems, Inc. Dr. Pearl is the inventor of the Surgical Vision Thermal Endoscope and the Laser Enhanced Thermography Scanner for assessment of ischemia. Most recently, he is co-inventor of the MDC non-contact Laser Ultrasound Scanner and the MDC Sterile Processing System.

In addition to his responsibilities at MDC, Dr. Pearl is an Associate Professor of Surgery in the Division of General and Oncologic Surgery at the University of Maryland School of Medicine, where he is Chief, Section of Advanced Gi And Minimally Invasive Surgery. He is also the Chief of General Surgery at the Baltimore VA Medical Center. He is a nationally recognized expert in Advanced Laparoscopic Surgery and Surgical Endoscopy. His clinical practice focuses on complicated surgical disorders of the esophagus and stomach. He also has expertise in repair of complex hernias, including multiple recurrent hernias. Dr. Pearl is widely published in leading surgical journals and textbooks. His clinical research focuses on hernia outcomes and techniques. He also has an interest in surgical simulation and resident education. Dr. Pearl is a Veteran of the United States Navy. His tours of duty included the USS George Washington, Operation Iraqi Freedom, and Operation Enduring Freedom (Kuwait). He received several awards during his Navy career including the Global War on Terrorism Expeditionary Medal, Iraq Campaign Medal, National Defense Ribbon, and the Navy Commendation Medal (2). He was also qualified to wear the Surface Warfare Insignia (Medical Department Officer) and the Fleet Marine Force Warfare Insignia (Officer). Dr. Pearl joined the faculty at the University of Maryland after serving in the United States Navy as a General Surgeon. He completed his residency in General Surgery at the National Naval Medical Center in Bethesda, MD and received his fellowship training in Advanced Laparoscopy and Endoscopy at Case Western Reserve University in Cleveland, OH.